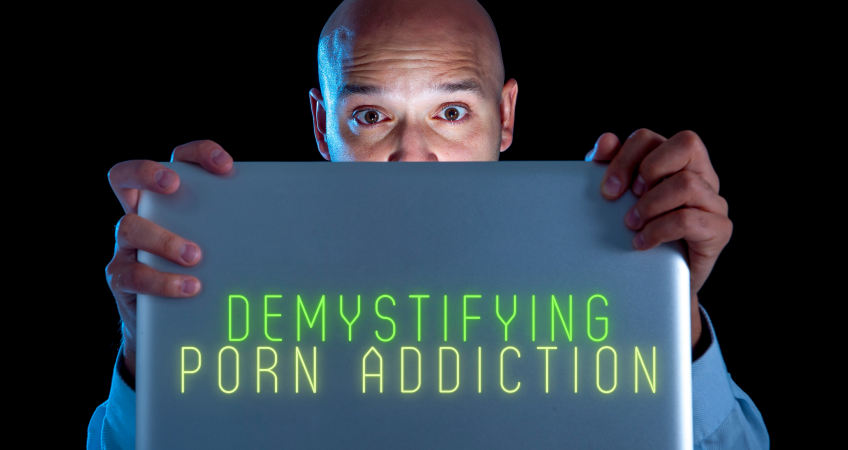 Pornography has become the enemy Christian leaders love to hate. Its pervasiveness is viewed with concern, and the fight against it is presented as a war for the soul of Christian men who endeavor to maintain purity in a world that is ever more sexual.

The battle is on.

A purity culture has grown out of those efforts. It emphasizes accountability apps, the preoccupation over women’s bodies, provocative dress, and anything sexual. Against these, Christians are encouraged to guard their hearts.

Anyone who watches pornography is labeled a sexual addict and Christians have moved the trenches from lobbying for society to legislate against it —in the 1970s— to “treating” the consumer as a breed of addict who is broken and sinful (Perry, 2019).

While there is no doubt that the viewing of pornography does not align with Christian values —Jesus’s words come to mind about lusting after a woman in one’s heart— the obsession about being in a war against anything sexual has not improved men’s mental health. It has worsened it; in particular, the emphasis on shame in pornography viewing, and the non-acceptance of sexual urges as a natural part of being a person.

This obsession with sexual sins being somehow worse than other sins is called, “sexual exceptionalism” (Perry, 2019), and it pervades the culture of most Christian churches. This creates a shame-based approach which makes Christian men stay stuck in a cycle of shame and feelings of unworthiness. The attempts to stop are usually driven by a negative mindset. In other words, if men struggling with pornography would ask themselves, “Why do I want to quit?” and the answer is, “so that I’ll finally be good enough,” or, “so I’ll finally be a worthy human being,” the motivation behind it is shame.

Prior to obtaining my degree in psychotherapy, I wrote my thesis on sexual addiction —particularly how childhood trauma can be part of its etiology. Although sexual addiction is not recognized as a disorder in the DSM-5, I stand by what I wrote: If compulsive gambling is a disorder, why not compulsive sexual activity? As I pointed out, there are cultural and financial reasons why sexual addiction is not recognized as such by the mental health community. For instance, insurance coverage, public health concerns, and the labeling of individuals who enjoy and are okay with recreational pornography and are not distressed over it one iota.

The Christian who cannot seem to break the habit of pornography watching tends to be acutely distressed by virtue of practicing a behavior that he recognizes as morally objectionable. With each episode of acting out, he reminds himself that he is unworthy, a sinner, an addict. Self-redeeming rituals follow. He promises to try harder. He fasts. He prays more. He tries to “make amends” making up for the time he has been absent giving in to his habit. Eventually, the urges flood back in and he acts out again. He does this because the root of the problem was never addressed. Furthermore, the acting out —in some cases— may even be an unconscious way of reinforcing feelings of shame and unworthiness.

I have seen this time and time again with the clients I have worked with. I have yet to see or hear of someone who stops by shaming himself out of the habit.

As I wrote in my thesis, in some cases, the root of a sexual addiction could be childhood trauma, but I contend that most of you reading this who struggle with a pornography habit have a driver that oftentimes is deceptively simple. So simple, in fact, that it is overlooked and it has to do with shame, with the labeling, with the obsession over fighting sexuality that becomes pathological.

Viktor Frankl, the founder of logotherapy, called this preoccupation “hyper reflection” (Grabber, 2004). The more engrossed a person becomes over their problem, the harder it is to overcome. He went on to develop “de-reflection” techniques which break the back of the obsession that fuels the problem. In that spirit, I suggest some ideas to change our paradigm on pornography addiction.

In a book titled, The First Day of the Rest of My Life —written in Hebrew— we read of a young boy who is brought to the head of a Jewish school after being caught red handed in a sexual act, and how he counsels him about his “sex addiction” over a period of time.

Notice this early exchange between them:

“‘I have a serious issue, and I don’t know what to do with myself,’ Yerachmiel began, looking down at the floor, and after a moment of silence he continued: ‘I can’t focus on my learning. I am plagued by sexual fantasies the whole time and they give me no rest. The more I try and rid myself of these thoughts and focus on learning, the stronger they get. Even now during Mincha, indecent images were flooding my head. What can I do?’

“‘You should know, Yerachmiel,’ I replied, ‘that I would like to get up and give you a hug. You know how much the fact that this bothers you tells me about you? It means you are already on a high level. To many young boys, this simply doesn’t bother them.’

“Yerachmiel looked at me in surprise and said, ‘But the Rav has no idea what terrible things I think about! And the Rav says I’m on a high level?!’

“‘Why do you classify these thoughts of yours as bad?’ I asked him. ‘The thoughts you have are natural. That is how God created human beings, and the fact that you have these thoughts proves you are normal… Everyone has sexual fantasies. Some people more, some people less. But we are human, not angels. God created the world in such a way that men and women are attracted to one another, and because of this people get married, have children, and populate the Earth. But not everyone is bothered by these thoughts as much as they bother you, and that is already impressive!’”

All of the people I’ve worked with who have this habit tend to feel unworthy over it. As mentioned earlier, they think that removing it would, finally, make them valuable. What if you reflect on how valuable you are right now, even with this habit? I’ve seen faces brighten and almost the visible sign that a weight has been lifted of the person’s shoulders when this question is asked of them.

In this issue, there tends to be a reductionist approach. They feel that this habit defines them, that it encompasses their whole self. They are this sinful habit and whatever qualities they may have, are marred by it.

The reason why I have learned to be cautious about labeling compulsive use of pornography an addiction is because I’ve seen it reinforces a negative self-image of powerlessness. I did argue it existed in my thesis, but I have weighed that against the damage I see when anyone who has a porn habit is labeled an addict. If you struggle with this, what you most likely have is a learned behavior you have used as a buffer to escape from life’s stressors. Labeling yourself an addict may bring to mind thoughts that reinforce a negative self-image and doesn’t help your recovery.

What is pornography? For the most part, it’s people having sex. Granted, there are some off-the-norm sexual acts, but for the most part is the physical part of the intimacy that God created. Naturally, the actors and actresses are not involved in intimacy; they just do the “mechanical” part of it, so to speak. For sure, it is an act that, according to morality, should be confined to the privacy of the marriage bedroom. Going beyond the boundaries of it is, according to the Bible, a sin.

I say all of the above because I have found that when clients demystify pornography and detach themselves from it, their recovery accelerates. This is actually another logotherapeutical technique. It is called, logically, self-distancing.

For instance, it is very helpful for clients to say to themselves when the urges come, while exposed to a sexual scene, “This is just people having sex. These are just women’s bodies which God created, and they’re not sinful in and of themselves. It’s just the inappropriate use of it that goes against my morals.”

Furthermore, you can recognize these urges as something God created. You can reflect on the purpose of human sexuality, which is also the very picture of God’s plan for humanity —as Herbert W. Armstrong articulated on his book The Missing Dimension in Sex.

It is important to remember that God wants a family, and that human sexuality represents the process by which that happens. Yet, the apostle Paul did recognize that the lusts and desires of the flesh were contrary to those of the spirit. You can defuse these lusts by deciding not to act on them while you are at the mercy of the limbic system. You will make the decision once you feel in full possession of your executive functions. I am confident that once they are in full gear, you will make choose a path that lines up with your morals and not to your pleasure center that’s been hijacked and conditioned.

There are many other techniques I would like to share, but it would take up too much space for me to explain them all.

I believe that well-intentioned Christian leaders have compounded the problem for people who do not seem to stop a pornography habit. They have done so by calling it a battle and a war; by heightening the preoccupation over sexuality, how people dress, women’s body parts and the act of sex itself; and by creating a culture of purity that is more puritanical than wholesome.

Prudery is a disservice to God’s creation. God Himself reproduces and has given man and woman the ability to do the same. This disconnection from the body and regarding sexuality as sinful is not conducive to mental health. To a person struggling with a pornography habit, it is particularly damaging.

I advocate for a fresh perspective for those who struggle with a pornography habit. Remove shame from the equation by remembering that your pornography habit doesn’t define you; it is not a damning assessment of who you are as person, as a child of God. You are a worthwhile person, even with a pornography habit. The reason I can affirm that so candidly is because this habit is very likely something you trained your brain to use as a buffer to escape from life’s stressors. Your brain learned it, and you can unlearn it just like Pavlov’s dogs learned and then unlearned to salivate at the sound of the bell.

Finally, demystify your habit, do not be afraid of it, look at it with curiosity, not with judgmental eyes. Be of good courage, since God is with you.

Werner Solórzano is a licensed psychotherapist in his home country, Guatemala, where he has taught English and French for about fifteen years. He currently works as the Communication Analyst and Assi