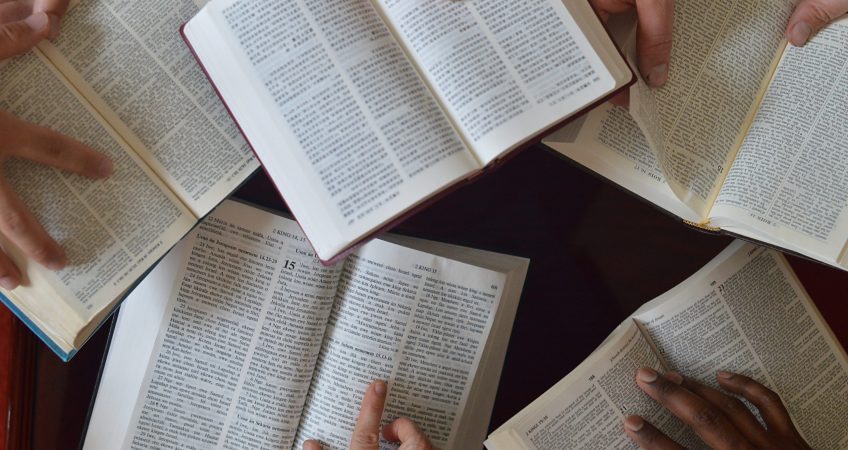 Is It Possible To Pursue True Unity Within The Body of Christ Across Different Church Groups?

When we look at the Churches of God today, one of the most noticeable things is the disunity. There are many different groups, most with a long history of splits and divisions. You’ve probably heard people wonder — or perhaps you’ve wondered yourself: why can’t we go back to all being part of the same organization? That’s what “unity” means, right?

While all being part of the same group might be nice, on a human level it’s complicated. Do we start a new group that everyone joins? Pick an existing group to merge all the others into? It’d be a mess, and I don’t think it would actually solve the real problem of disunity within the Church.

Disunity doesn’t come simply from people attending different groups, and unity wouldn’t automatically happen if we all attended churches with the same name. Scripture is very clear that God desires unity within the body of believers, but it does not say that unity is dependent on human organizations. Rather, unity involves defining “church” the way God does and then pursuing peace with everyone in His Church, regardless of what groups they’re part of.

What Is “The Church”?

How God defines His Church is far more important than whatever we personally think church “should” look like. The term “church” in the New Testament comes from the Greek word ekklesia (G1577). In every-day use, ekklesia “was a common term for a congregation of the ekkletoi (n.f.), the called people, or those called out or assembled in the public affairs of a free state” (Spiros Zodhiates, The Complete WordStudy Dictionary: New Testament). Basically, the church is whoever has been called by God. It’s the people. It has nothing to do with a human organization or specific location.

Where to Get Unity

There are legitimate reasons (legal, doctrinal, etc.) for having church groups set up the way they are in the modern world. But pursuing unity is not about forcing everyone into the same church organization. It’s about all the different organizations acknowledging Jesus Christ as the Head, working together, and getting along with each other.

At this point, I think we can answer the question posed by this article’s title. If we’re pursuing unity with Christ, then He makes unity with other believers possible. His body exists throughout many different groups, and under Him, they are all one flock with one Shepherd; one body with a single Head. Of course it is possible to pursue true unity within the body of Christ across church groups!

Encouraging this sort of unity is one of the main reasons for the Church of God Network. To quote from the About Us page, “For many years, the prevailing wisdom has been that unity and community within the Church of God would only come through being a part of the same organization; however, we believe that there is an alternative to this approach. … we can work to build community without anyone leaving their current church organization.”

Unity that goes across organizations instead of coming from one organization might require a shift in thinking for some of us. It means seeing ourselves as part of the Church of God (all of His called out ones) rather than identifying with whichever organization we meet with each Sabbath. It also means acknowledging that the Church as God sees it isn’t contained within just one organization or a few specific organizations.

Those of us with a Western cultural mindset typically have an individualistic way of looking at things. However, God is far more concerned with the Church as a whole than we often think. The “just me and Jesus” mentality is rampant in the churches, but there’s no room for it in the Bible. The Lord never meant for the Christian walk to be an isolated one—either for an individual person or an individual church group.

This point really hit home for me when I was reading a book called Misreading Scripture With Western Eyes by E. Randolph Richards and Brandon J. O’Brien. In this book, they talk about the scriptures where Paul tells the Corinthians they are God’s temple. Here’s what they have to say:

“Biblical Greek could differentiate between you singular and you plural, but we miss this in our English translations. … We typically understand the singulars and plurals in this verse backwards. In the original Greek, the you is plural and temple is singular. Paul is saying, ‘All of you together are a singular temple for the Holy Spirit.’ God doesn’t have millions of little temples scattered around. Together we make the dwelling for the Spirit.” (p. 108)

I think God wants us to stop bickering about how we organize or govern things and start simply being the Church. We don’t need to put anything back together; we need to get ego out of the way and cast off unfruitful, unbiblical ideas. A focus on individual church organizations (or even one big hypothetical organization) does not create unity. It creates division.

Our Quest for Unity

So, how should we view other church groups? Like they’re part of the family of God, just as much as we are. There aren’t separate groups or churches in God’s eyes. Every person He called into His family is part of the one Church He is building. He doesn’t expect every family member to look or act exactly alike, so why should we?

Strife and disunity do not come from God. In Galatians 5, about half of the “works of the flesh” have to do with discord and disunity. In contrast, the fruit of the Spirit is things like “love, joy, peace, patience, kindness, goodness, faith, gentleness, and self-control” that stop arguments before they even start (Gal. 5:19-23). We’re supposed to do what we can to live peacefully with everyone we meet (Rom. 12:18; Heb. 12:14). This is especially important in the Church, where it’s an attainable goal because all the believers are supposed to be working toward peace (Gal. 6:10; 1 Thes. 5:12-13).

Unity in God’s Church comes from the fact that we all worship the same God and that we’re all growing to become like Him. We’re not all the same—there are diversities of gifts, personalities, and roles—but we’re all part of the same undivided body (1 Cor. 12:1-27). There will always be things we disagree on, but how we handle those disagreements says a whole lot about our priorities.

I’m not saying we should practice blanket tolerance in the Church. Faithful obedience to the Word of God must never be compromised. However, we also need to be careful not to compromise peace. Any disagreements or corrections must be handled with patience and love (1 Thes. 5:14; 2 Thes. 3:14-15). More importantly, our goal should never simply be to prove ourselves right or to nit-pick over minor differences. We should all be working toward the goal of developing Christ’s mind, caring about the same things He does, and seeing things from His perspective. That’s where unity comes from.

Unity in the church organizations today is not something that hinges on anything the ministry or a specific organization does. Unity is something we’re all supposed to actively pursue. Whether or not there’s true unity in the Body of Christ largely comes down to how we treat other believers no matter where they are. To close this post, I’m going to leave you with one of my favorite verses on this topic: “Therefore let us pursue the things which make for peace and the things by which one may edify another” (Rom. 14:19).

Marissa Baker is a second-generation Sabbath keeper who currently attends with a United Church of God group. She is the author of God's Love Story (free to download on Smashwords) and The INFJ Handboo